The Socialist Party of Serbia (SPS) has for years been financing its work by renting out real estate inherited from the League of Communists of Yugoslavia. Their “tenants” include many municipalities, public companies and institutions, which is assessed as unacceptable by experts who spoke to CINS.

In the center of Kragujevac, the Dom samoupravljača building from the 1970s is host to the premises of the Socialist Party of Serbia (SPS). In the same cold-looking concrete building, there is one 35-square-meter office of the City Administration.

This institution rents the space from SPS and, according to the party’s financial reports, paid about 114,000 euros in rent from 2015 until the end of 2020.

This is just one of the pieces of real estate that this party, as the successor of the former League of Communists of Yugoslavia, has at its disposal. According to the latest SPS financial report, they own real estate worth about 13.8 million euros.

The fact that the currently strongest party in Serbia, the Serbian Progressive Party (SNS), is behind SPS in terms of the value of its business premises with assets worth less than 2 million euros, perhaps best illustrates how valuable SPS’s assets are compared to other parties. 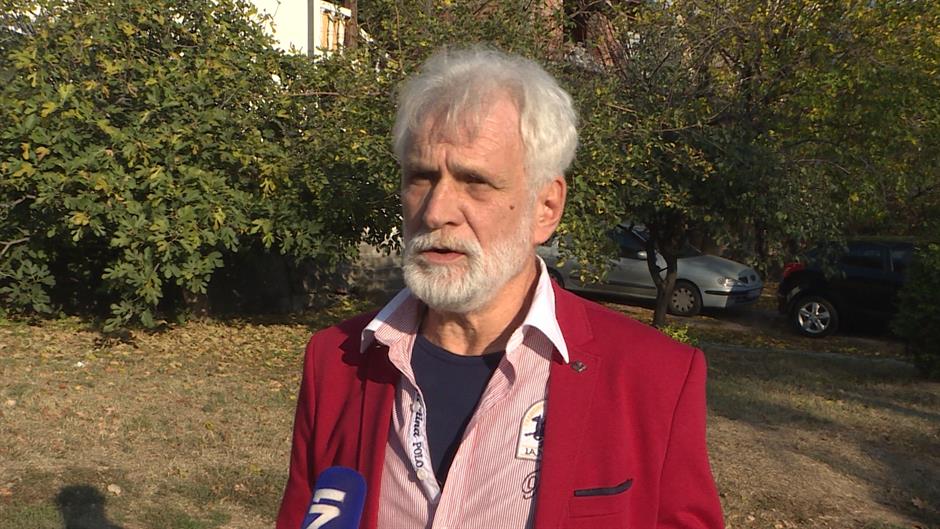 Zoran Stojiljković; photo: N1
Former Chairman of the Board at the Anti-Corruption Agency, Zoran Stojiljković, explains how SPS had an advantage over other parties from the very beginning due to the properties it inherited.

Professor of the Faculty of Political Sciences Dušan Spasojević believes that this undoubtedly puts this party in a more favorable position compared to other parties because it gives them a kind of security.

“This was quite clear when the Democratic Party (DS) faced its crisis. Just imagine how much slower that crisis would have been if DS could have guaranteed employees, offices, if it had not born any costs (…) It is never just a matter of the will of the voters, but also of resources to a large extent,” Spasojević emphasized.

Data collected by the Center for Investigative Journalism of Serbia (CINS) and published in its database of party financing show that in the period between 2015 and late 2020, about 2.3 million euros went into SPS’s accounts from the tenants of their business premises. Research has also shown that tenants include numerous public institutions that rent premises from SPS, even though there are vacant city-owned premises.

Stojiljković believes that the premises that political and social organizations receive should be used for party purposes, and that any renting out is manipulation. He sees renting out to public institutions as just another way for this party to take out budget funds.

“It is an unacceptable practice, even if not legally sanctioned,” says Stojiljković.

Out of about 2.3 million euros that the Socialist Party of Serbia earned from renting out real estate over a six-year period, it received at least 840,000 euros from public institutions. These include ministries, municipalities, public companies and museums, among others.

In this way, SPS rents out its real estate in the center of Petrovac na Mlavi. The Homeland Museum of this town is located in the magnificent pre-war building of the old Post Office, which is a protected cultural asset. According to data from the party’s financial reports, the Museum paid almost 30,000 euros for a 120-square-meter space that includes four offices, a kitchenette, and a gallery space.

The Director of this Museum, Žaklina Perić, says that the plan is to move to city-owned premises, but adds that they currently have nowhere to go.

“We have an old elementary school here that has been abandoned (…) and there are plans to move the Museum there. But that building is in quite a poor state, and a large investment is needed,” Perić says.

Sessions of the Assembly of the Municipality of Raška are being held in a hall owned by SPS, for which the Municipality has allocated nearly 35,000 euros over five years, according to the party’s financial reports.

The Municipality did not respond to the questions CINS sent via e-mail.

When asked to comment on agreements concluded with public institutions, the Socialist Party of Serbia says that these primarily involved “spatial-technical conditions that are in complete accordance with the mentioned institutions’ needs for carrying out their regular activities”.

CINS journalists have uncovered certain agreements with the institutions showing rent amounts that significantly differ from what is stated in SPS’s financial statements. None of the people we spoke to could give us a clear explanation as to how this happened.

For example, as can be seen in one of the contracts, the City Administration of Kragujevac paid SPS about 4,300 euros without taxes in 2018 for rent. At the same time, the party’s financial reports show that in that year, this city administration paid SPS two and a half times more – over 10,000 euros. Similar discrepancies exist for other years as well.

Head of the Department for the Development of Human Resources in the City of Kragujevac Zorica Savković says that she herself noticed inconsistencies.

“Something was not quite clear to me, so I did a little research on that topic and got an explanation that some previous contracts from some previous years were not paid for, that there was an ongoing lawsuit, and that these were some lawsuits being paid for in that way,” she explains.

Žaklina Perić, Director of the Petrovac na Mlavi Homeland Museum, a cultural institution for which there is also a discrepancy, also suspects that these are subsequently collected debts.

“I know that since I have been Director, there were some debts and a different amount was paid every year, but every year there were 12 payments, maybe 13 or 14, but it comes to the same thing,” she says.

In addition to financial inconsistencies, research carried out by CINS also shows that the Public Utility Enterprise “Put” from Novi Sad, according to SPS’s financial reports, paid this party more than 1.2 million dinars for rent in 2016 and 2017.

However, the public enterprise has denied the existence of such a cooperation.

“The official records of the Public Utility Enterprise “Put Novi Sad” contain no contract or invoice for the said period,” Head of the Legal Affairs Department of this enterprise Miroslav Laslovski told CINS.

However, SPS claims that there were invoices.

“Based on the Agreement on the lease of business premises from 2013, PUE “Put Novi Sad” was in 2016 repaying its debt in the name of a lease stemming from 2014, and the remainder of the debt was paid back during 2017,” according to SPS.

The amounts listed in SPS’s financial reports differ even in the case of the Novi Sad Parking Service, where according to the contracts, 40,000 euros less were paid than stated in the SPS financial report.

This public enterprise claims that the SPS also included utility bills, even though the contract defines that the institution itself should cover those costs.

SPS told CINS that the discrepancies are due to previous debts and utility costs. They state that the City Administration in Kragujevac had owed money that it repaid in later years.

“The City Administration of Kragujevac, as a lessee of business premises, according to the initial situation from 2017, had a debt from previous years in the amount of less than 5 million dinars, which they started repaying in 2017,” the SPS states.

However, even when this debt is included, the values ​​from the contract and financial statements do not match.

In many cities in Serbia, such as Niš, Kragujevac and Novi Sad, public institutions and enterprises rent premises from the Socialist Party of Serbia, despite the fact that there are properties owned by the city that have not been rented out.

The Director of this public enterprise, Jelena Stojanović, has told CINS that they paid rent to SPS for premises that are across from their headquarters.

CINS research has shown that, according to the data from the party’s financial reports, Objedinjena naplata has been paying SPS about 9,500 euros per year since 2016. However, in 2021, the cooperation ended, and they moved to city-owned premises. Director Stojanović says she does not know why they did not move to the city’s premises earlier.

“I don’t know, I’m not really the right person to ask. As soon as the City took ownership of the building in Generala Milojka Lešjanina Street, of course we immediately moved there and we’re paying rent to the city, and it’s logical that we pay rent to our founder,” Stojanović said.

Zoran Stojiljković believes that the reason for renting out SPS premises is due to the fact that SPS is part of the government and has priority rights.

“If I had a couple of pieces of real estate that I can rent out, and I was part of the government, then the government or parts of government, such as municipalities or institutions, would pay me as a participant in government, sooner than they would rent a different space,” Stojiljković points out.

Dušan Spasojević finds it inconceivable that someone would rent premises from a political party when there are vacant premises available.

“It’s quite certainly a pre-planned transfer of funds to the party’s coffers. (…) I find it inconceivable that Assembly sessions are held in party premises (…) Of course, it is a question of specific institutions – what they have at their disposal in the city in question,” says Spasojević.

He also says that such situations should be better regulated by some law in the future. 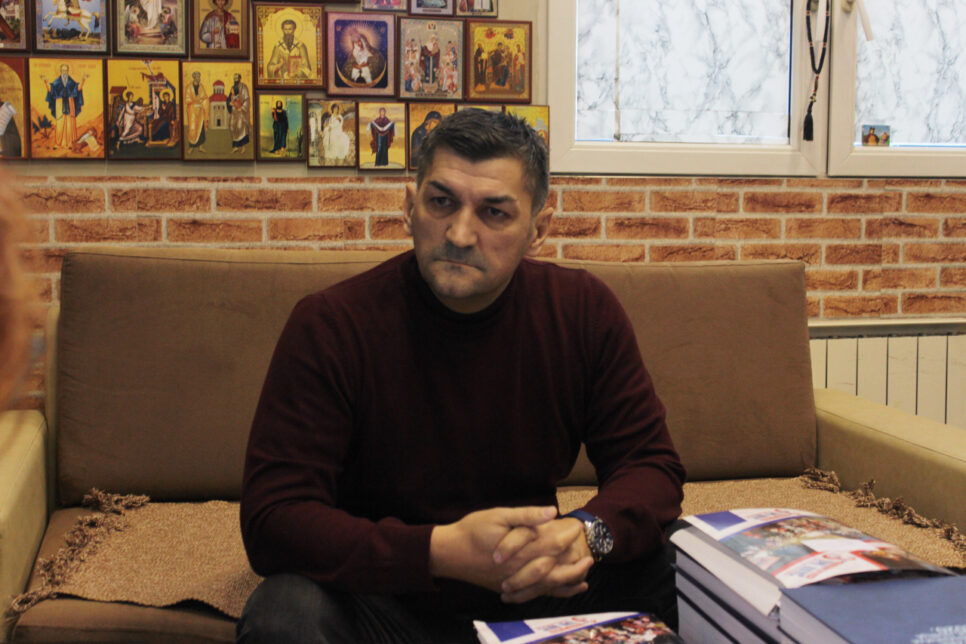 Boosting the Birth Rate – Behind the Scenes: Millions Given to Association from Čačak with No Strings Attached 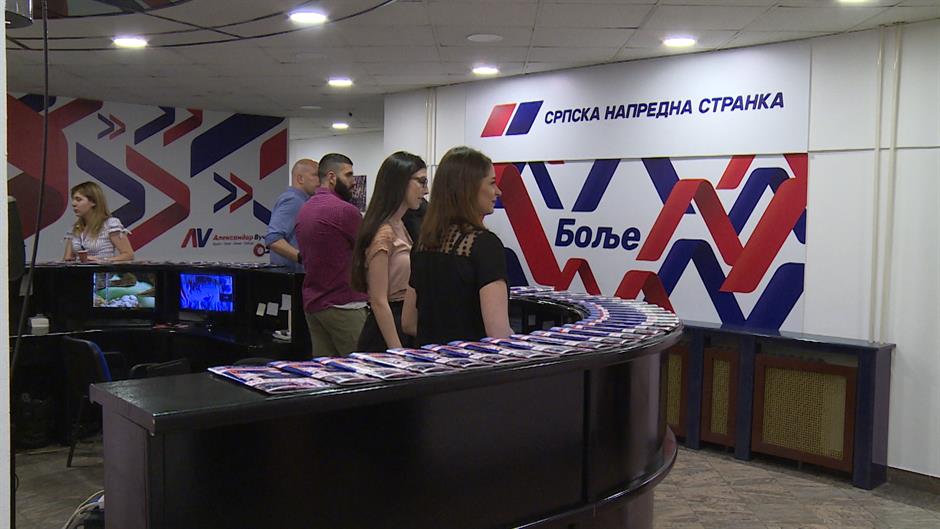