CINS uncovers an official note from the Higher Public Prosecutor's Office in Belgrade showing the testimonies of people who were used by SNS as fake donors. Donations cost some of them their social benefits, and even though everything was pointing to an organized illegal financing scheme, the Prosecutor's Office ended up dropping the case.

In 2014, Mirjana and her boss Aleksandra joined the Serbian Progressive Party (SNS). According to Mirjana, Aleksandra asked her to pay 40,000 RSD into the party’s account. A donation arrived that cannot be paid at once, so members had to take care of it.

Mirjana went to a bank in a city in Vojvodina and handed over the payment slip she received from Aleksandra. She officially donated to SNS. She says she did not receive anything in return for this donation.

The report says that some SNS donors were recipients of social benefits, and that a total of 135 donors paid 40,000 RSD into their accounts, which they immediately forwarded to the party. The Agency also suspected that the donations “originated from illegal activities, which include, among other things, suspicion of money laundering”.

Some of the donors interviewed by police officers have confirmed these suspicions.

N. Ž. told the police that in 2014 he started working at the local tax administration office and that someone at work told him to contact the office for cooperation with citizens at the City Administration building. They gave him an envelope with nothing written on it and a filled out order for transferring funds into the party’s account. There was 40,000 RSD inside, which he paid first into his own, and then transferred to the account of SNS. As he remembers, after that, he took a copy of the order to “that office at the City Administration building”, and he told the police that he received no compensation for that. He did not receive social benefits, but his sister did. He told the police that they called him from the Center for Social Work to ask how it was possible that his sister was receiving social benefits, and that he was making a donation to the party, so he explained that he was forced to do so and that it was not his money.

This is not the first case initiated due to suspicions about the legality of the financing of the ruling party. However, all the proceedings ended ingloriously, leaving more questions than answers. Read more about this topic here.

D. M. also gave a statement to the police. She told them that as an SNS member, she attended the meetings of the local SNS board in Zaječar. At the meeting, the local board’s president asked if any of the members had a current account through which money could be transferred to the party. D. applied because she was unemployed and wanted to prove herself as a cooperative member of the party. After a few days, she was sent to the office for cooperation with citizens at the building of the Zaječar City Administration. She received a filled out payment slip and 40,000 RSD in an envelope with no inscription. She followed the procedure – she paid the money into her own account, and then transferred it to SNS. She donated the commission of 400 RSD out of her own pocket. She claims that she did not receive any money for that, but she did “suffer for it”, because the Center for Social Work cut her social benefits.

She received a completed payment slip and 40,000 RSD in an envelope with no inscription.

The police took statements from five other people, one of whom is employed at the Niš City Municipality Pantelej. Police officers did not take a statement from one person because, as her mother told them, she was temporarily staying in Switzerland.

Some claimed that they gave their money to the party, and some that they did not get money for it or denied that they were donors.

T.R., although unemployed, borrowed 40,000 RSD from her father, who was a successful entrepreneur. As she explained to the police, she was a member of the party, and she later paid back the money in installments.

The police also took a statement from M. I., who is listed in the Agency’s register as a donor of SPS, not of SNS.

M.I. told a slightly different story. His mother received social benefits that they both used. In 2014, he occasionally worked at a car wash, where a regular client asked him if he had a bank account, so that he could pay him money. They went to the bank where M. opened an account and, according to the official note, paid 650,000 RSD in donations for, as he was told, sick children from the Center for the Protection of Infants, Children and Youth in Zvečanska Street. The client said that he would not have any problems because of that because it was a donation. At that time, M. knew only the name of the man, and that he was driving a Renault Laguna. He received 2,000 RSD in return. However, because of that, M. complained to the police, and his mother was suspended from receiving financial aid for one year.

How the case’s statute of limitations expired

The official note of the Higher Public Prosecutor’s Office also shows that, although at least 135 donors first paid funds into their own accounts and then transferred it to SNS’s account, the police took statements from nine people. And these nine were suspected of having been recipients of social benefits.

Nemanja Nenadić from the organization Transparency Serbia says that the Prosecutor’s Office should have extended the investigation to other donors, because four out of nine admitted that they had not donated their own money.

“When so many illegalities were established on such a small sample of donors during the collection of funds for this campaign, I believe that this should have been sufficient reason for the Prosecutor’s Office to expand its investigation to other persons,” says Nenadić.

As a reminder, in 2014, slightly less than three thousand people donated money to SNS, almost all of them gave 40,000 RSD.

The official note also shows that the entire procedure took a long time. For example, the Anti-Corruption Agency submitted a report to the Prosecutor’s Office in March 2017. The Prosecutor’s Office requested additional checks in April, and the Agency responded almost a year and a half later, in November 2018.

The official note states, as a result, that 135 persons were looked into and that it was determined that “they were not social benefits users and no irregularities or illegalities have been identified”. However, it is not clear whether this was an investigation carried out by the Administration for the Prevention of Money Laundering or the Anti-Corruption Agency, as the Deputy Prosecutor confused the names of the two institutions in the note.

Seven days after receiving additional information from the Agency, the Prosecutor’s Office asked the police to check only whether the recipients of social benefits and users of the allowance for assistance and care of other persons received money and transferred it to SNS’s account.

Nenadić has told CINS that it is remains unclear why the investigation was conducted only for these people.

“The mere fact that someone is a recipient of social benefits, and gives donations to a political party, can only be an indication that there is something suspicious in the matter, but that does not mean at all that the investigation should have been conducted only in connection with the contributions of those people.”

However, it also took the police more than three years to make the check, so they submitted the report to the Prosecutor’s Office only on February 14, 2022. The note lists nine people they spoke to.

After all of that, the Prosecutor’s Office, as it announced last week, made a decision not to initiate criminal proceedings, regardless of the fact that some of the donors did not give their own money.

However, the claim of expiry of the statute of limitations is only true if each of the suspicious payments is treated as an isolated case, and not as part of an organized scheme to illegally raise money for the campaign. For the organizers of the scheme, there is still the possibility of prosecution for a more serious form of crime, which Nenadić talked about HERE.

As a reminder, the Prosecutor’s Office also announced last week that there were no elements of the criminal offense of money laundering because, in accordance with court practice, there would have to be a final verdict on the criminal offense with which the suspects obtained the money that is being “laundered”.

However, Nenadić believes that the Prosecutor’s Office should have checked where the money paid by donors came from:

“It seems that the Prosecutor’s Office did not reach that point in the investigation, even in situations when the Office itself had suspicions that the official donors received money from someone else.” 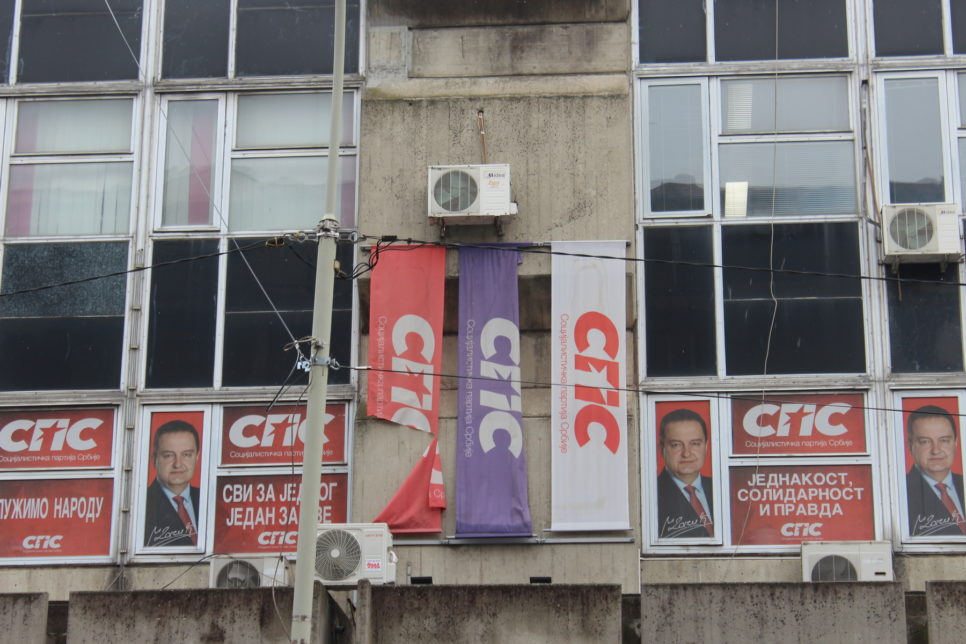