A Center for Investigative Journalism of Serbia (CINS) journalist was not allowed to attend a press conference held by Serbian President Aleksandar Vučić late on March 21. The reason – due to coronavirus, the conference was only for televisions and news agencies.

In the evening on March 21, our journalist showed up at the Palace of Serbia about ten minutes before the start of President Aleksandar Vučić’s press conference scheduled for 6 p.m.

She was met at the entrance by a doorman who, after she introduced herself and said she was from CINS, conveyed the information to someone over a Motorola walkie-talkie. However, instead of letting her attend the press conference, the doorman just waved his hand and told her she couldn’t go in. When she asked him why, the doorman replied: “I don’t have to explain anything to you.”

The CINS journalist asked several times that her identity and whether she had a press pass be checked, but security refused to do that, too. A colleague from Happy TV was behind her and he entered without any trouble.

We then requested an explanation from Suzana Vasiljević, President Vučić’s media advisor.

In a written reply, Vasiljević told us that for the sake of protecting media crews, besides other measures such as distributing protective masks and gloves, “we have reduced the number of those present at the president’s press conferences by dividing the media into electronic (televisions and agencies) and print media and portals (others), so as to respect the prescribed distance between people indoors.” According to her, the media are invited by messages and announcements on websites, with a note on which group of media is invited and with a request that the crews be the smallest possible.

“I apologize to CINS if there was indeed inappropriate behavior on the part of the officer at the entrance to the Palace, but I hope you understand that in this situation, which the country is currently in, there is a lot of pressure on the security services, to primarily protect the health of every citizen.”

So, what is the problem here?

The problem is that the current situation which the entire country is in is being used to additionally discriminate against certain media.

On March 21, CINS published a new article on the number and condition of medical ventilators in health care institutions in Serbia. According to the research, nearly two thirds of hospitals, health care centers, institutes and clinics declined to provide information on a matter of great public interest, especially at a time when, as the president’s advisor herself would say, “there is a dangerous virus that takes numerous lives on a daily basis.”

Many institutions directed us toward those above them – the Ministry of Health or the Provincial Secretariat for Health Care. None of those two institutions answered our questions.

We are not the only ones. A few days ago, journalists from Niš sent an appeal to Aleksandar Vučić and Prime Minister Ana Brnabić, asking that information not be hidden and that the competent services be forced to do their job and inform the citizens. The appeal is a consequence of the fact that, as colleagues from the online daily Južne Vesti reported, the Clinical Center in Niš is not publicizing data on the number of coronavirus cases in the city, while the authorities are not answering questions about that.

Unfortunately, we are in a situation where press conferences are the only opportunity for us to ask our questions and sub-questions – whether someone likes them or not.

However, apparently not even that will be easy anymore. Just a day before our journalist was banned from entering the Palace of Serbia, at a press conference held by Prime Minister Ana Brnabić (alongside Health Minister Zlatibor Lončar), only one question was allowed. And the Serbian Broadcasting Corporation was chosen to ask that question.

Representatives of the authorities must be aware that, especially in this situation where there is a serious threat to the health of all of us, timely and accurate information is most important. And we cannot get it if the ones in charge are silent.

They are obligated to give all journalists – equally – an opportunity to ask, even call things into question, rather than use the virus as an excuse to discriminate against certain media. 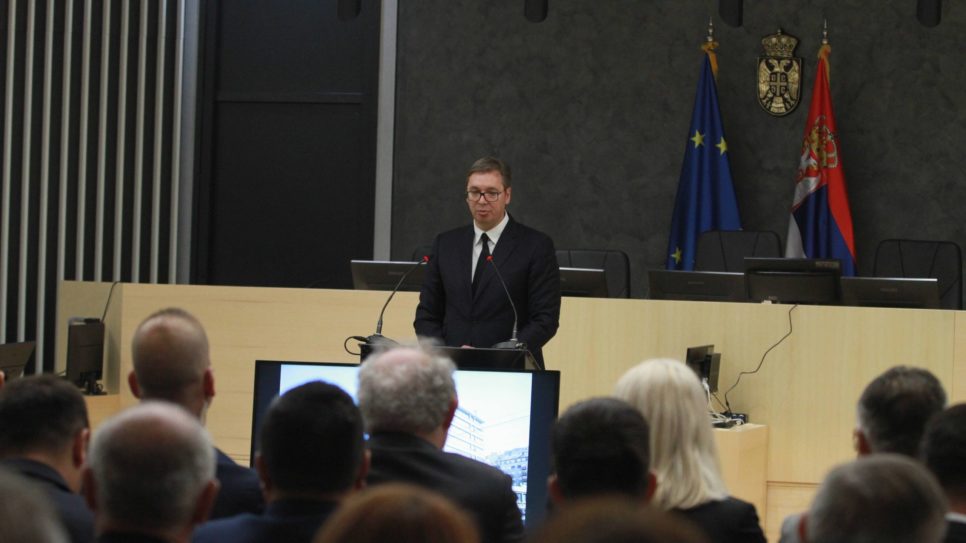