In 2017, Igor Besermenji was working as a journalist for the Autonomija portal when he received a threat on Facebook in relation to an article he wrote.

“Igor, you fascist scum, leave Serbia or you will disappear.”

Besermenji says he received multiple threats at the time and that this was just one of them. The man who threatened him admitted his guilt and signed a confession agreement.

Before that happened, Besermenji had to give a statement at the Special Prosecutor’s Office for High-Tech Crime (VTK). This is standard procedure – a series of questions are asked, including whether you know the person who threatened you, whether you have been threatened before, and whether you felt fear.

“It seems to me that they are always trying to lead the conversation into getting an answer as to whether you actually feel like you’re in danger because of the threat,” Besermenji points out.

Threats to journalists, lawyers, police officers, the President and other high-ranking state officials are more severely sanctioned by the Criminal Code than threats to other citizens. For example, threatening the President or a journalist can range from six months to five years in prison.

However, the people making threats can only be punished if the persons damaged, i.e. journalists and everyone else, say in a statement to the prosecution that they felt fear – precisely what Besermenji did.

In order to see how the judiciary handled cases involving Serbian President Aleksandar Vučić compared to other cases, journalists from the Center for Investigative Journalism of Serbia (CINS) looked into 47 decisions of the Higher Court in Belgrade made in the period between January 2018 and the end of 2021. More than half of those decisions – 25 to be exact – involved threats made to Vučić.

The research has shown that people were punished even though the prosecution, unlike in other cases, took no statement from Aleksandar Vučić about whether he felt fear due to the threats, which experts believe was a necessary precondition.

Aleksandar Olenik, a lawyer who defended a woman accused of threatening Vučić in a case that CINS has already written about, says that in that way, the President is given privileges that other citizen’s don’t have. According to him, this is an attempt to intimidate everyone who uses social media because it is the only type of media that Vučić does not control:

“Unfortunately, the prosecution has become an apparatus for spreading fear and intimidating citizens – not with the intention to give the President privileges, but to use fear to discourage people from further commenting on social media.”

Suspects pleaded guilty and signed plea agreements in 16 of the 25 completed proceedings involving threats made to President Aleksandar Vučić. In four cases, the Higher Court passed convictions, most of which were later overturned on appeal. In two cases, decisions on mandatory psychiatric treatment were made, with no further sanctions, while defendants were acquitted in three cases.

Apart from suspended sentences, the punishments ranged from three months of house arrest to eight months in prison.

In their explanations, some of the judges pointed out that questioning Vučić would have been superfluous. Thus, in one of the cases, the judge rejected the proposal to question him with the explanation that he is the highest representative of the state who is protected by the Military Police.

Instead of Vučić’s statement, the prosecution provided letters from security services – the Military Police Administration, the Cobras Special Unit and the Military Security Agency – about how the level of security had been raised because of the threats.

In two cases of endangering the safety of Aleksandar Vučić, other people were threatened besides him. Thus, in one case that ended with a plea agreement, in addition to the President, the then Minister of the Interior Nebojša Stefanović and the Director of the Belgrade Festivals Center Damir Handanović were also threatened. Documents collected by CINS do not show that any of them were questioned, but unlike Vučić and Stefanović, whose protection measures were raised to the highest level and intensified, the documents read that Handanović felt "fear for his own life”. The second case ended with the defendant sentenced to psychiatric treatment with no prison time, and in addition to Vučić, Vojislav Šešelj and Dragan Šutanovac were also among the victims. The judge's decision does not mention any of them having been questioned.

Judging by the documents, prosecutors knowingly avoid taking Vučić’s statement because in one of the appeals against an acquittal, the VTK prosecutor stated that the President, prime minister or Constitutional Court judge cannot be expected to say that they felt fear because of a threat:

“This would devalue both them and the office they hold, as well as the country they represent.”

The VTK says that in all cases, whether it involves a threat to the security of an MP, journalist or the President, they approached each case in the same way, bearing in mind “the decades-long practice of obtaining evidence from the security services of protected persons”.

However, CINS’s research shows that the prosecution took statements from victims in other cases, but not in those involving Vučić.

This was done, for example, when threats were made to MP Vladimir Đukanović, but also to journalists Brankica Stanković, Slobodan Georgiev and Ivan Ivanović.

Marija Babić, a lawyer with the Independent Journalists’ Association of Serbia (NUNS), which monitors attacks on journalists, says that she is not aware of any case where a verdict was passed and in which no testimony was taken from the injured party during any stage of the proceedings.

“Moreover, there have been cases in which the criminal charges were rejected because some journalists said that they did not feel they were in danger.”

While Aleksandar Olenik sees the convictions without Aleksandar Vučić’s statement as illegal, his fellow lawyer Vladimir Tupanjac explains that even concluding a plea agreement is worrying because judges are obligated to reject such agreements.

“Someone could admit to threatening the President, but if he does not feel threatened by it, then no crime has been committed.”

When asked why they made a plea agreement when Vučić did not give a statement, Marko Paić, one of the lawyers of such a client, although aware that Vučić was not questioned, said that the man he represented lived in rather poor conditions, so they agreed to the plea to reduce his costs in the proceedings.

Winds of change or exceptions to the rule?

Verdicts of the Court of Appeal show that the practices of the prosecution and the court are wrong.

This court upheld verdicts of acquittal following appeals, and also overturned three out of four convictions. Out of those, two verdicts were overturned precisely because there was no statement from Vučić, while one of them, the judges considered, did not contain a threat, but potentially an insult. 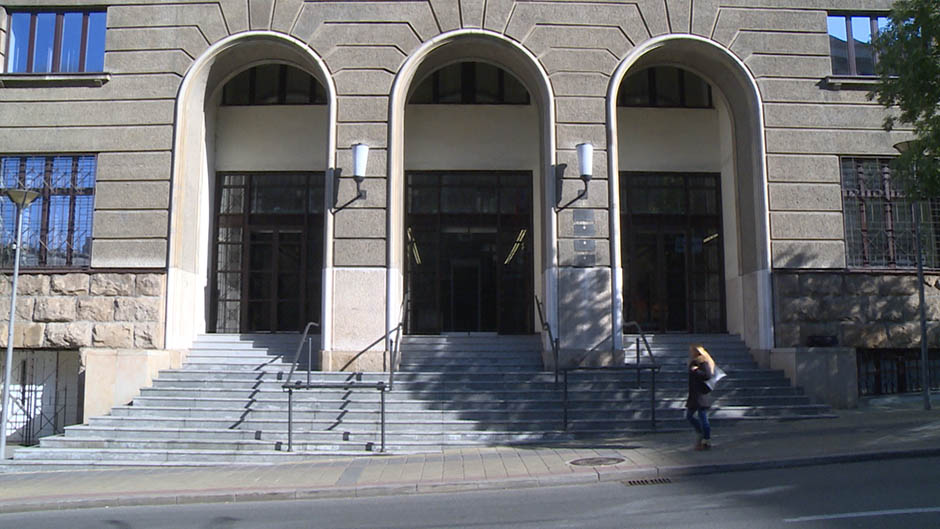 COURT OF APPEAL IN BELGRADE; PHOTO: N1
In addition to emphasizing that the prosecutors did not suggest that Vučić be questioned, Court of Appeal judges also referred to the questioning of his security. One of the verdicts states that the assessment of the security service should not impact the court’s conclusion on whether the President was in fear, given that the assessment is made regardless of how he felt about the specific threat:

“The fact that the special unit raised security to the highest level should have no bearing because it is an objective assessment.”

However, in July last year, the Court of Appeal made a decision different from what is otherwise the practice.

Dragan Milošev was convicted of threatening Vučić on Twitter, on which the media have already reported, and during the search of his apartment, two bullets were found, which he said in court were from World War Two. Because of this, the Higher Court in Belgrade sentenced him to 11 months of house arrest for illegal possession of weapons, in addition to endangerment of safety.

During the Higher Court trial, his lawyer claimed that instead of Vučić, they questioned the head of his security in the courtroom, or as she put it: “nothing”. Among other things, she appealed to the Court of Appeal because it was not determined that Vučić felt fear due to the posts in question.

The Court of Appeal rejected the appeal and in that way, contrary to its previous practice, confirmed the position that the President’s statement about the feeling of fear is superfluous.

CINS contacted Milošev, who said that the Supreme Court of Cassation had also rejected an appeal against the decision of the Court of Appeal. Thus, according to him, the case was closed. This means that Milošev has now been convicted, according to his lawyer Ana Matić, who also told CINS that an appeal has been lodged against the verdict at the Constitutional Court.

Aleksandar Olenik considers this decision of the Court of Appeal to be illegal and contrary to decades of court practice. As he explains, if ten people are acquitted on the basis of the same facts, how can one person then subsequently be convicted?

According to him, due to such situations, it is prescribed that General Sessions of Appellate Judges be held, at which legal positions are taken. He hopes that the judges of the criminal department of the Court of Appeal will take the position of the majority, which stands in opposition to this one verdict.

“If that is not done, then it opens up the possibility for every judge individually to refer to that one verdict and pass judgement in accordance with it, which would be quite catastrophic.”

Unallowed Donation of 1.3 Million EUR to the Ruling Party