When it was buying an official car late last year, the Pirot City Administration did not state in the public procurement announcement what model it was looking for. Nonetheless, a detailed description of the vehicle fits a model of Lexus, Toyota’s luxury brand, which was eventually purchased for 6.6 million dinars. CINS’ interlocutors warn that the procurement looks like the vehicle was “drawn,” i.e. that the tender was rigged.

The fact that the stereotype that the denizens of Pirot are “cheapskates” does not apply, at least where citizens’ money is concerned, is proven by the fact that 6.6 million dinars (around 56,000 euros) from the city budget was spent on a luxury hybrid car in late 2020, which Južne Vesti reported on.

Niš-based company Raavex Group, which is also a dealer for Toyota and Citroën, sold the expensive Lexus to the Pirot City Administration.

The Center for Investigative Journalism of Serbia (CINS) analyzed the procurement of the Lexus and discovered that it should not have happened.

Who is behind Raavex Group

The owner of Niš-based Raavex Group is Andrija Radojičić, Speaker of the Parliament of the Regional Chamber of Commerce Niš. The company bought the Park Hotel in Niš in 2014.

To expand its vehicle fleet by adding a new passenger vehicle, the Pirot City Administration changed the annual Public Procurement Plan in October 2020. Procurement was announced on November 6.

Automatic folding side mirrors, digital dual-zone air conditioning, hill-start assist control, a tire pressure monitoring system and four 360-degree cameras, as well as 18-inch alloy wheels and 235/45 R18 tires were some of the required features of the desired vehicle.

The car was described in such detail, almost as if it had been copied from the Lexus website. Although the administration representatives did not state the exact model they wanted in the documents, they were looking for a car that would fit certain dimensions, have heated front seats and steering wheel, an engine of at least 150 kilowatts, and a metallic color.

President of the Bidders of Serbia association, Jasmina Marković, explained to CINS that this looked like a case of bid rigging:

“Taking into account the technical specification the contracting authority stated and the details it described, which in my opinion are not necessary or appropriate for the subject of procurement, I would say that this procurement was ‘rigged’ for one vehicle brand, which further implies that it was probably meant for a particular bidder, but that is very difficult to prove,” Marković explains.

According to the Law on Public Procurement, the contracting authority cannot prevent a company from taking part in procurement by using discriminatory characteristics in the technical specification.

Belgrade Faculty of Transport and Traffic Engineering professor Vladimir Momčilović thinks this procurement looks like the vehicle was “drawn.” Although the tender documents say that an electric vehicle or a hybrid can also be offered, the condition that it has to be a four-cylinder vehicle eliminated the possibility of the car being electric, since there is no electric drive in those vehicles.

He also finds the conditioned wheelbase and the very width and height of the vehicle controversial.

“Why is the maximum wheelbase so important? I really don’t understand. (…) You say what length you need and you can say what the minimum width is, but why the maximum? Through the maximum (width) it (the Pirot City Administration, journalist’s note) wants to exclude some others,” Momčilović says.

Raavex Group, which got the job, was also the sole bidder. For Jasmina Marković, that confirms there was limited competition in this tender.

“Such documents should have been disputed before the end of the unsealing of bids, only in that part could there be talk of violation of provisions of the Law on Public Procurement. Now that the procurement procedure is over, we can only talk about checking the spending of budget funds,” Marković underlines.

Pirot Mayor Vladan Vasić claims that the old vehicle, a 2008 Honda Legend (purchase value around six million dinars), is worn out, unsafe and uneconomical, which is why they had been planning to buy a new car for several years. He explains that the city officials use the new Lexus for trips around Serbia.

When asked why the procurement conditions were defined in such a way that only the one who offered a Lexus could participate, Vasić replied:

“How should I know? Maybe it’s like that or maybe it’s not. Maybe another vehicle meets the required features. (…) If you think we are being wasteful, you’re very wrong. We are mindful of every single dinar. The fact that we bought a luxury car is now the talk of all of Serbia. We did not celebrate City Day, we did not celebrate New Year’s Eve, we give children Christmas gifts, we have free school snacks, free textbooks, no one writes about that, rather the Lexus is the worst thing plaguing Serbia,” said Vasić.

The leader of Pirot also complained that before this car, “no car had been bought for 12 years” for him and his closest associates, such as the deputy and the assistant. According to the data CINS acquired, the Pirot City Administration vehicle fleet includes, among other cars, a 2016 Renault Talisman, a 2017 Opel Zafira and a 2018 Fiat Tipo.

The making of this story was supported by the Open Society Foundation, Serbia. The sole responsibility for the content of the story lies with CINS and does not necessarily reflect the views of the OSF, Serbia. 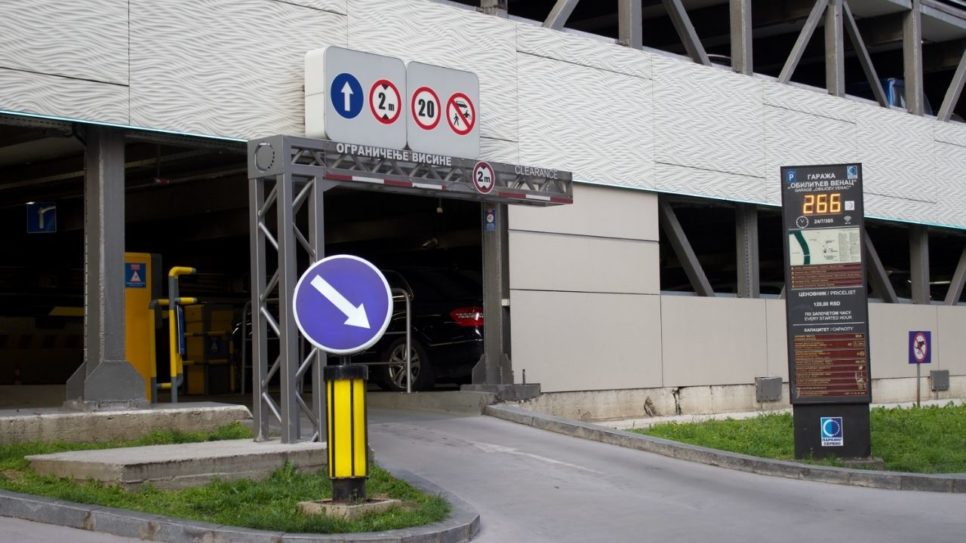 “Green” Procurement Only on Paper for Years

Stefan Marković
Stefan Marković joined the CINS investigative team in February 2020. As an investigative journalist, Stefan previously worked at Južne Vesti, and was nominated several times for the national investigative journalism award. He holds a Transparency International School on Integrity certificate. Aside from numerous stories, he also worked on creating CINS’ large database of MPs’ expenses. As a journalist, he also participated in a cross-border project, on a story about the Hungarian government’s donations to the Carpathian region. Stefan is a comic book collector and loves theater, literature, the art of film and the art of the traditional tavern kafana.
Send idea
Read all
Teodora Ćurčić
Teodora joined the team in 2018 after completing CINS Investigative journalism training course. She took part in creating the database on some 2,800 proceedings that the Serbian Anti-Corruption Agency conducted against public officials. In 2019, this database was shortlisted in the Open Data category for the GEN Data Journalism Award, and is the first example of open data which journalists in Serbia made available in the form of open source code. Teodora led a CINS team in creating a database titled How Much Does an MP Cost? – a database of the expenses of 402 MPs who occupied seats in parliament from 2016 to 2020. She continued to cover this and other topics as part of the CINS investigative team, prior to which she successfully tackled digital marketing, too. She finished the BIRN Summer School of Investigative Reporting, several mojo trainings and summer and fall database schools, where she learned how to filter, analyze and visually present large quantities of data in the Python programming language. Teodora is a data, maps, interactive graphics and other multimedia content aficionado, which is why she spends a portion of her working hours preparing this type of content for CINS. Teodora holds trainings in advanced web search, database search, adding multimedia content to text, and media advertising on social networks.
Send idea
Read all
Jovana Tomić
Jovana Tomić has been covering current events for CINS since the beginning of 2020. Before coming to CINS, she spent two years gaining experience at the Internet section of daily Danas. She attended the CINS Investigative Journalism School in 2018, after which she took part in the creation of a database on close to 2,800 proceeding the Anti-Corruption Agency conducted against public officials in Serbia. The database was shortlisted for the GEN Data Journalism award in 2018, in the open data category. Jovana is the winner of the 2020 Marina Kovačev award for best young journalist.
Send idea
Read all