Illustration: Đorđe Matić
A third of the women who were killed by a family member had previously reported domestic violence, according to the data provided over the last two and a half years during which the Law on Prevention of Domestic Violence has been in force. Victims of violence are encouraged to report the perpetrators, but the state has neither a clear plan nor a developed support system that would protect them from violence in the long term and enable them to live a normal life, CINS’ interlocutors say.

At the main bus station in Pančevo, this past July, a husband murdered his wife – a long-time victim of domestic violence – several days after she had reported to the police that she was afraid of him. On the day of the murder the victim had left a safe house, while he had been given a restraining order.

Although the Criminal Code and the new Law on Prevention of Domestic Violence are meant to prevent the offender from hurting the victim again, Ministry of Interior data show that such murders happen once a month on average. Thus, out of the 62 women who were killed predominantly by their partners or other family members in the last two years, at least 20 of them had complained about violence in the past.

The law states that the police must act on a report immediately – the perpetrator is banned from coming near or contacting the victim, while the police, prosecutor’s office and the Social Welfare Center put together a long-term plan that will enable the victim to go on with her life without fear that the offender will find her and assault her again. Representatives of all three institutions review reports within the Coordination and Cooperation Group.

That is where a safety risk assessment is key for the victim, says Tanja Ignjatović of the Autonomous Women’s Center (AWC) NGO, because the victims are most in danger when they decide to report the violence. The police play the biggest part there and if the matter is not handled well, the victims are the ones who suffer, Ignjatović explains.

She believes the prosecutor’s office should have asked that the husband of the murdered woman from Pančevo be put in detention, because a restraining order obviously wasn’t enough to protect her.

“Someone could have accompanied her to the bus station,” Ignjatović mentions an alternative, adding that an individual security plan should have been made prior to her exit from the safe house, whereby the tragedy would have been prevented.

From 2010 to 2018, 285 women were killed by their partners, family members, neighbors or other individuals. Thirty-one women are killed on average per year, according to data presented by the Women Against Violence organization.)

Due to the murder in Pančevo, but also due to two other cases of domestic violence in Smederevo around that time, the AWC sent open letters to the Republic Public Prosecutor’s Office and the Ministry of Interior, asking that the accountability of the competent prosecutors’ offices and the police be investigated.

Nevertheless, no one has been declared responsible yet.

While the Republic Public Prosecutor’s Office concludes that in the cases in question the prosecutors’ offices acted in line with the law, the Interior Ministry has not replied to the AWC yet.

“There is no learning from the most serious mistakes, which is why they can be expected to be repeated. The public never, or very rarely, finds out what the omissions were and who is responsible for them,” Ignjatović explains.

The Ministry of Interior did not agree to an interview with CINS, nor did it answer any questions.

Even though it did not solve the problem, the Law on Prevention of Domestic Violence passed in 2017 helped to encourage more victims to report violence.

Since June 2017, the police have had to react in over 50,000 cases by issuing urgent measures to temporarily – for 48 hours – remove the perpetrators of violence from the apartment or house they were living in with the victim and banned them from making further contact or coming near the victim. If the police estimate that a victim is in danger, the measure may be extended to last 30 days.

“Urgent measures were issued in summary procedure, and so they could provide direct protection to the victim ‘here and now’. Their efficiency encouraged the reporting of violent events,” says Tanja Ignjatović.

Although not every case of reported violence ends in criminal charges, in 2018 criminal charges were filed against 10,732 individuals, 89% of them being men, according to the annual work report of the Republic Public Prosecutor’s Office.

The biggest number of criminal charges were filed by the police, while the majority of the victims were women – 5,166. Men are often victims as well (1,861), as are underage children – 274.

The Belgrade Social Welfare Center has also seen a rise in the number of cases since the adoption of the new law:

“In 2018, there were 20% more victims of domestic violence in our records than the year before,” reads a reply from the Center, which perceives the disparity between the number of professionals and the number and structure of users as the biggest challenge in that situation.

While the number of reports is increasing, in domestic violence cases courts most frequently hand down guilty verdicts – in as much as 93% of cases. However, the perpetrators are most often handed suspended sentences.

Slađana Jovanović, a criminal law and criminology professor at the Belgrade-based Union University’s Faculty of Law, says that the practice of handing down suspended sentences has always existed. The main reason, in her opinion, is that in most cases the verdicts are handed down for a basic form of domestic violence, which might be called a “lighter” type of violence.

She believes that a suspended sentence would be more purposeful if the courts added so-called protective oversight to it, i.e. monitoring of the offender while they are on probation, so that they do not harass the victim again.

Victim Protection Not the Same Everywhere

Domestic violence victims get protection from the state through placement in a safe house. Belgrade Social Welfare Center representatives told CINS that there was enough room in the safe houses and that the victims were provided with financial support.

“In 2018, permanent monthly financial aid for female victims of domestic violence was used by 24 women on average, while an average of 20 women used the monthly funds for personal use, which are at their disposal at shelters during the period of accommodation.”

The Center officials also say that the City of Belgrade has an agreement on cooperation with the Serbian Chamber of Commerce aimed at providing retraining to safe house users and facilitating their employment.

Tanja Ignjatović, on the other hand, says that long-term support is an important instrument of assistance, but that domestic violence victims are still left to fend for themselves.

She points out that in the territory of Serbia there is generally no additional financial support for victims of violence, as there is in Belgrade, and that there is no developed system of housing support that would enable a victim to use an apartment free of charge for a while, or to pay a portion of the rent.

“The number and capacities of the safe houses are insufficient, they are not geographically well placed, some do not have sufficiently good security, they cannot accept disabled women or women with disabled or chronically ill children, they lack conditions for mothers with babies, or they cannot accept boys over the ages of 12 or 14, which is why children are separated from their mothers and siblings,” Ignjatović explains.

Realised with the help of 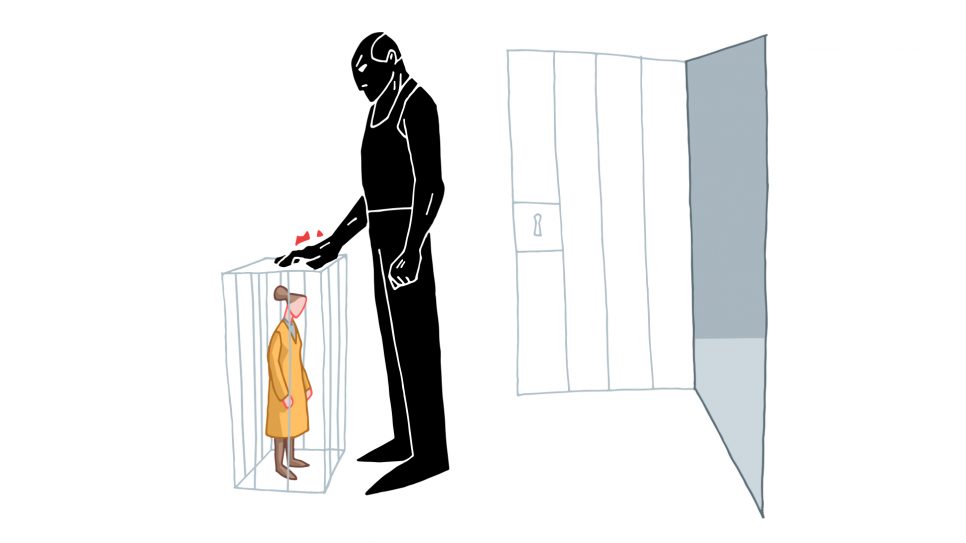