Despite experts’ warnings that riding all-terrain vehicles – the popular quads – is harmful to nature in national parks, this type of entertainment is becoming increasingly popular on Mt. Fruška Gora. Even though the law was amended around the middle of the year, the public company managing this national park, unlike some others, has not requested that the use of quads be banned or better regulated. Instead, it is considering introducing quad trails.

“Tour the most attractive and hard-to-reach locations on Mt. Fruška Gora and experience an adrenaline-filled ride to remember.” This was an invitation in a YouTube commercial in September 2020 from Promont Group, a company that owns several hotels near the border of this national park.

The adrenaline-filled ride to remember referred to riding four-wheel all-terrain vehicles (ATVs), the popular quads. A post on the Fruške Terme Hotel website read that guests could ride through a forest and a quarry, for the price of between 60 and 140 euros.

This commercial very quickly drew the attention of local activists from the Defend the Forests of Fruška Gora organization, who are opposed to quad riding in protected areas because it endangers nature.

They filed a report against the hotel and Public Company Fruška Gora National Park, which manages this protected area, to the inspectorate of the Provincial Secretariat for Urban Planning and Environmental Protection, requesting a ban on quad riding.

The inspectorate ordered Public Company Fruška Gora to “monitor visitors’ movements in line with its authority and to guard the protected area.” The hotel avoided a penalty because the inspectorate had concluded that it had only been an announcement of rides that could be organized if people showed interest in them.

Fruške Terme is one of the major business ventures of businessman Milinko Cicmil, owner of Promont Group, which has several hotels in Vrdnik. The company has also invested in numerous projects in the national park and its surroundings in recent years: the construction of sports fields, hiking and recreational trails, construction of a zip line, and other projects. Aside from quads, the reason why activists and locals have targeted them are other problems such as deforestation for the purpose of building a zip line or depositing soil on surrounding plots during the construction of the hotels.

In addition to tourism and hospitality ventures, Promont Group is also involved in gasification-related operations, and, according to research conducted by Insajder, PUC Srbijagas hired it without a tender to participate in the construction of the TurkStream gas pipeline, which CINS has written about.

Although the hotel removed the offer from its website, when the Center for Investigative Journalism (CINS) journalist called to ask whether they were still organizing rides, an employee gave him the phone number that the hotel forwards to guests interested in such activities. The number leads to a company that uses the same quads that were advertised on the hotel’s YouTube channel.

CINS’ research reveals that not only are quad rides on Mt. Fruška Gora happening without any obstruction, but rather the national parks are powerless to control those who disrupt nature. An opportunity to make the law stricter so as to prevent quad riding was missed this year, while the company managing Fruška Gora National Park is thinking about establishing trails which quad riders will use.

This type of entertainment is harmful to the birds living in this area, and can also contribute to torrents during floods.

Slobodan Knežević of the Bird Protection and Study Society of Serbia says that Mt. Fruška Gora is a habitat in which the eastern imperial eagle has traditionally nested. The goal of the Society is to ensure that the habitat where these species would stay is preserved, without being disturbed by the noisy and uncontrollable quad riding.

“If we have this kind of activity in a protected area, which is, according to the law, supposed to be a safe haven for endangered species, they will be driven out of that area,” Knežević told CINS.

The eastern imperial eagle is not the only endangered species. Fruška Gora is the oldest national park in Serbia, an area that is important for other birds, too. Its forests are home to various types of woodpeckers, also known as “forest doctors,” among which the European green woodpecker stands out, Knežević explains, because it protects the forest from numerous insects, as well as to the tawny owl which feeds on rodents and thereby reduces the damage they cause to the forest.

In an ecosystem, everything operates like a fine Swiss watch, says Draženko Rajković of the Center for Biodiversity Research:

“There are millions of tiny wheels, screws and gear wheels, and if just one starts to collapse, over time those gear wheels will be worn out and then that whole mechanism will grind to a halt.”

Rajković points out that such extreme activities may lead to erosion.

According to research conducted by the U.S. Forest Service (Effects of All-Terrain Vehicles on Forested Lands and Grasslands), repeated use of ATVs leads to the land’s diminished ability to rehabilitate itself and absorb water. This is particularly dangerous when it rains, due to a greater likelihood of the water remaining on the surface and creating a torrential stream.

Milan Ružić of the Bird Protection and Study Society of Serbia also warns that reckless use of all-terrain vehicles destroys the meadows used by the inhabitants of surrounding settlements as pastures for their cattle.

Some national parks are publicly opposed to the use of quads.

Due to the potential impact of quad riding on nature, Tara National Park early this year launched an initiative to better regulate or completely ban quad riding.

Milanović explains that they have tried talking with the other national parks, to propose to the Ministry of Environmental Protection an amendment to the Law on Nature Protection. He says that Fruška Gora was interested in their initiative, but no agreement was reached, which is why they did not address the Ministry with a joint proposal.

“Everyone was looking at their own interests in dealing or not dealing with these rides. Some have not had that problem, others had other reasons.”

Besides a complete ban, other options were also considered on Mt. Tara. The company managing the national park thought about defining the routes where quads would move, at limited speeds, as well as about allowing tours only with a guide and a prior announcement of the number of vehicles.

Nevertheless, Goran Sekulić, biologist and Policy Officer at the World Wildlife Fund (WWF) in Serbia, explains that managers lack the capacity to implement that:

“If you now say, ‘OK, but on certain conditions,’ then that creates so much room for manipulation, makes work more difficult for the managers who have to follow that. I think those provisions have to be strict, clear and specific.”

Public Company Fruška Gora National Park in August 2020 requested from the Institute for Nature Conservation of Vojvodina Province conditions for making a project aimed at trail diversification in the national park. Given that quads cannot be ridden outside public roads, as they put it, the project does not mean expanding or increasing the number of quad trails, but rather the possibility of their introduction.

“The diversification project should look at the possibilities of dividing trails for different users (cycling, hiking, motorcycle etc.), with a special focus on examining the safety of users and the impact on the protected area.”

The Institute replied to the national park that there were not enough elements for it to issue conditions, but rather that the national park could request them once it had developed the project in a more concrete way. The Institute recommended measures needed for making trails – among others, a ban on disturbing wild animals and restrictions on activities in sensitive areas, such as nests and feeding grounds, but also areas that are susceptible to erosion.

WWF Policy Officer Goran Sekulić says that the Law on Nature Protection does not explicitly prohibit the use of quads. He believes that was understandable for the old law passed in 2009, but says there is no excuse for why it has remained in the law amended this year. However, even though the law does not expressly ban quad riding, Sekulić explains that the legal framework nonetheless allows for a ban on the activity due to the fact that it jeopardizes nature. 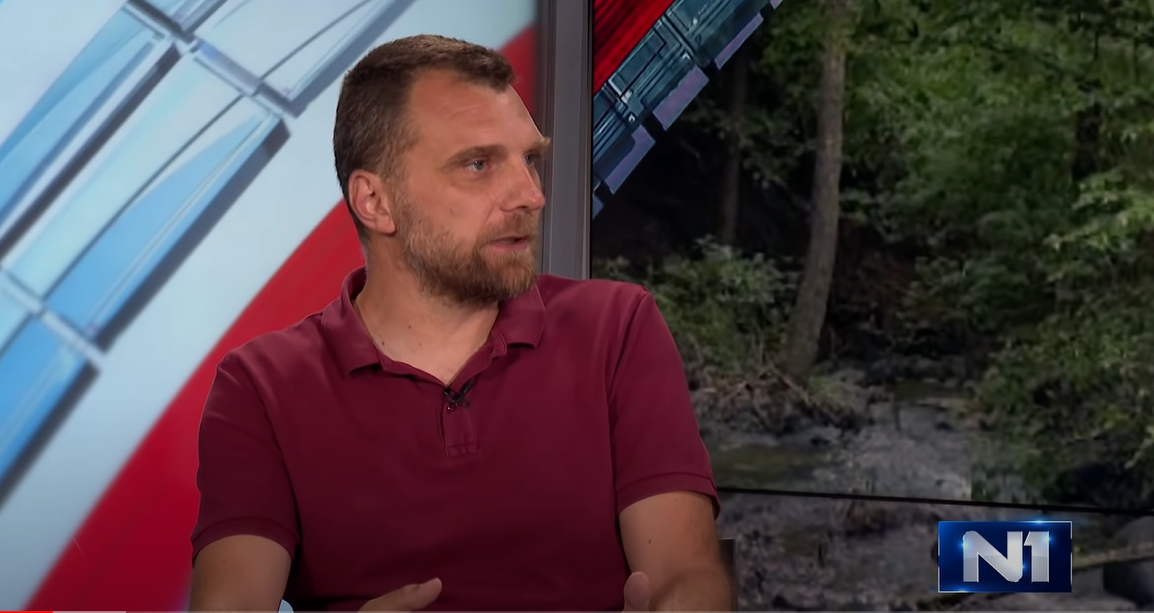 The problem is made more complex by the fact that the vehicles do not have license plates and the riders often refuse to show their personal IDs, Ranko Milanović of Tara National Park explains, and so it is difficult to find out who is riding quads. The documents CINS obtained show that the Ranger Service of Public Company Fruška Gora National Park has also complained about identical problems.

“A misdemeanor court found four individuals to be responsible and handed down fines,” says the reply.