Rajko Nikolić has been a ranger in the Kopaonik National Park for years, and he has been up and down the mountain. He knows it like the back of his hand. He also knows about the unfinished villa, near the Putnik Hotel, which had direct ski slope access. The spot is perfect for skiing.

“After skiing, they don’t have to walk for a kilometer or two to get to their accommodation. Instead, they can leave their skis and take a lift up to their room. They feel like Lords,” says Nikolić.

On the site of that villa, more than 18 years ago, two investors started an illegal construction project.

The building inspector ordered them to stop the project, but Nikolić saw in 2004 that they ignored this and that they were preparing to install the roof. In a hand-written note, he later stated:

“Urgently notify the Department For Inspection Supervision to implement the measures prescribed by the law.”

In subsequent years, the construction work was stopped, but not because of an order from the inspection.

One of the investors, Dragan Ćurčić, went to prison.

He was first arrested in 2006 as part of the so-called customs mafia and sentenced to two years in prison for bribing customs officials. Six years later, he was arrested again. This time, because his company did not pay installments for the trucks it leased, and when they were supposed to be returned, Ćurčić gave them to Zvonko Veselinović and Milan Radoičić, to repay a debt he had towards them at the time. Because of this, he would be associated for years with Veselinović and Radoičić, individuals close to the government and against whom several investigations were conducted, but who were never convicted in those proceedings.

Although the apartments on Kopaonik remained unfinished all those years, Ćurčić and his partner Petar Đoković did not give up on them.

Construction to the detriment of nature

Ćurčić’s and Đoković’s apartment buildings fit into the setting on Kopaonik that was created in previous years. Construction in the national park, often illegal and in a protected area, is booming, and the consequences for nature are already visible.

Some species of birds have disappeared. Wastewater from the sewage system, which cannot cover all the newly-built hotels and apartments, flows directly into the Bistrica River, which is now “dead”.

Goran Sekulić, a nature conservation expert who works at the Serbian branch of the World Wildlife Fund (WWF), says that intensive construction – both legal and illegal – renders the protected area meaningless. He believes that Kopaonik can hardly return to its “normal” state, but even if it were possible – he does not see the will to work on it.

This is also shown by the example of apartments that Ćurčić and Đoković built for years without permission. Time passed, but they remained untouched.

In 2014, Đoković asked the Municipality of Raška to legalize those apartments, and a few years later he sold his share. As the only remaining investor, Ćurčić continued construction, and not even a new inspection report managed to prevent this.

In May 2020, building inspector Vesna Rumenić ordered him to stop the works and to demolish everything added without a permit within seven days. He did nothing of the sort. Rumenić filed a criminal complaint for illegal construction. But that still could not stop Ćurčić.

The inspector asked again for the construction work to be stopped. This time, the Ministry of Construction, Transport and Infrastructure warned Ćurčić that if he does not demolish the illegally built property himself, they would hire someone to do it, and then charge Ćurčić for it.

After nearly two decades, Ćurčić once again found himself facing the risk that the apartments he was building without a permit, despite inspection bans, would be demolished.

Even without permits, investors do not receive high fines in court for illegal construction projects. In the majority of cases in the last seven years, the Basic Court in Raška prescribed suspended sentences and fines which went up to 150,000 RSD at the most.

Nikola Gagić, a lawyer at the Renewables and Environmental Regulatory Institute (RERI), says that investors expect to go unpunished.

“They figure: ‘Oh, I’ll pay a small fine and I will not go to prison… Sure. The worst that can happen is that I will have to pay a fine which will be lower than my profit.'”

That was the case with Dragan Ćurčić.

At the end of October 2020, the Basic Court in Raška ruled that Ćurčić was guilty of construction in a national park without a permit. Because of this, he was sentenced to a suspended prison sentence (he will not serve the sentence if he does not commit a new criminal offense within two years) and a fine of 150,000 RSD.

CINS journalists visited Kopaonik in September this year. At the location of Ćurčić’s construction project, there is now a multi-story building, and the roof that was previously mentioned in the ranger’s note has been installed.

In the end, the Ministry not only failed to demolish Ćurčić’s building, but it is also considering legalizing it. They asked the Kopaonik National Park and the Ski Resorts of Serbia for their opinion and both agreed to it.

The National Park states that the construction project bares no consequences on the environment, but does not state on which basis this conclusion was made. No one requested an estimate from the Institute for Nature Conservation, which until this year issued the conditions under which construction can be done in a protected area.

The Ministry of Construction did not respond to our inquiry as to why they failed to demolish what had been constructed without a permit. Ćurčić was not able to meet with CINS journalists before this article was published, and he said that he did not have an email address to which we could send him questions. In a conversation over the phone, he told us that the decision on the legalization of this building was “already typed out” and that he continued building without a permit to prevent the building from becoming dilapidated, since he is still waiting for an appropriate plan for the area.

Sekulić says that Kopaonik is something no one wants to deal with.

“Maybe the solution is to divide the national park, to separate that area that has the potential to be preserved. This other part can be left under some form of protection, but it cannot be a national park.”

The National Park’s ranger, Rajko Nikolić, will soon retire. In a conversation with CINS journalists, he says that experience has taught him what is prohibited and how investors should behave.

“I know what I am looking after – something of a much greater value than a building on Kopaonik that is being built illegally.” 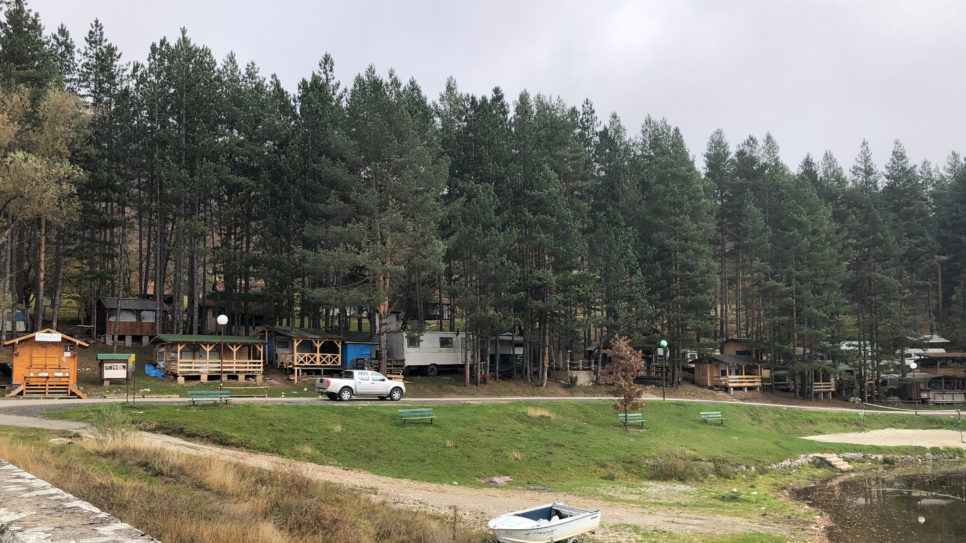 Who’s Building Over There: Illegal Construction in Uvac Reserve at the Expense of Nature

Teodora Ćurčić
Teodora joined the team in 2018 after completing CINS Investigative journalism training course. She took part in creating the database on some 2,800 proceedings that the Serbian Anti-Corruption Agency conducted against public officials. In 2019, this database was shortlisted in the Open Data category for the GEN Data Journalism Award, and is the first example of open data which journalists in Serbia made available in the form of open source code. Teodora led a CINS team in creating a database titled How Much Does an MP Cost? – a database of the expenses of 402 MPs who occupied seats in parliament from 2016 to 2020. She continued to cover this and other topics as part of the CINS investigative team, prior to which she successfully tackled digital marketing, too. She finished the BIRN Summer School of Investigative Reporting, several mojo trainings and summer and fall database schools, where she learned how to filter, analyze and visually present large quantities of data in the Python programming language. Teodora is a data, maps, interactive graphics and other multimedia content aficionado, which is why she spends a portion of her working hours preparing this type of content for CINS. Teodora holds trainings in advanced web search, database search, adding multimedia content to text, and media advertising on social networks.
Send idea
Read all
Dina Đorđević
Dina joined the CINS investigative team in mid-2017, having finished the CINS Investigative Journalism School in 2015 as the most successful participant. From 2015 until joining CINS, she worked as a journalist on the aviation website Tango Six. She started her career as a TV journalist at TV Production Group Mreža in 2014. Nowadays she predominantly covers environmental and aviation topics, as well as energy. She has experience working on cross-border stories – in 2020 she wrote about problems concerning renewable energy sources in the Balkans for the Balkan Fellowship for Journalistic Excellence awarded by BIRN. She contributes to the CINS multimedia production by making short videos and infographics. In 2019 Dina won several national and international awards for investigative stories related to small hydropower plants in Serbia, which she had worked on together with a coworker – the Award for Outstanding Merits in Investigative Journalism handed by the South East Europe Media Organization (SEEMO) and the Central European Initiative (CEI); the EU Investigative Journalism Award; a special merit award within the National Awards for Excellence in Investigative Journalism handed by the Independent Journalists’ Association and the U.S. Embassy, while in 2018 she was a finalist in this category. She also won the 2018 Marina Kovačev award for best younger journalist under 30 in Serbia, handed by the Novi Sad School of Journalism. Dina was a member of the CINS team that won the 2017 Dušan Bogavac award for ethics and courage. She is experienced in holding trainings for journalists.
Send idea
Read all

Investigative storiesEcologyInvestigative journalism
Who’s Building Over There: Illegal Construction in Uvac Reserve at the Expense of Nature
wpDiscuz