Novo Cerovo mine at site of former forests; photo: Beta/ Serbia Zijin Copper
Pera Stanimirović had a forest and some land in the village of Krivelj, near Bor. In March 2019, he found out that his forest had been cut down and his land seized. Today, that is the location of a mine owned by Chinese company Zijin. Research conducted by CINS shows how the Chinese company launched works on the construction of the Cerovo 2 mine before it had been granted a license to do so.

It was a snowy day in March 2019 when Pera Stanimirović went on a tour of his forest in the village of Krivelj, near Bor. Instead of a rich secluded forest, he found loggers and trees that had been cut down. The workers of private company Forest 014 were unable to tell him by whose order they were logging, but Stanimirović guessed who it was – Chinese company Serbia Zijin Copper.

In this area the company, which acquired the RTB Bor mining and smelting complex in 2018, was to invest in the opening of the Cerovo 2 mine, which is today also known as Novo Cerovo.

Stanimirović himself had spent a number of years of service in the mines of the mining complex near Bor, and then lived to see one such mine open on his property.

The Center for Investigative Journalism of Serbia (CINS) reveals that by cutting down Stanimirović’s forest Zijin initiated the construction of the Cerovo 2 surface mine even before it had been granted a license to do so. The Ministry of Finance allowed Zijin to enter Stanimirović’s property due to “the urgency of the works” only in April 2019 – a month after the deforestation.

Zijin representatives confirmed to CINS that Forest 014 had bought up and cut down trees in the territory of Cerovo 2.

“The company’s decision on selling the forest, to a contractor who would cut down and extract the trees on their own, besides being financially justified has also made work significantly easier, at least where preparatory activities for the opening of Cerovo 2 are concerned.”

Zijin was obliged to show the Forest 014 workers the boundaries of the cadastral plots where they were allowed to cut down trees. The Chinese company representatives claim that in Stanimirović’s case it was a mistake.

“Pera Stanimirović’s cadastral plots were not the subject of the contract, but the buyer mistakenly also cut down the trees located on his plot. According to the buyer, they had done the job in snow, i.e. in conditions that did not allow them to clearly see the boundaries by which they could cut.”

The owner of Forest 014, Simo Đaković, in a first conversation with the CINS journalist over the telephone did not say there had been a mistake. On the contrary, he said that in this particular case his company had been the contractor, i.e. that it had logged for another company – as per their instructions:

“We got the route we were supposed to work on and that is what we worked on.”

After we received a reply from Zijin, Đaković called the CINS journalist, claiming that he had not understood what case was in question, and then paraphrased the answer the company had sent us. He confirmed that his company and Zijin were cooperating to this day and that his company was deforesting land in the Bor area.

“It’s not a mistake, it was an intention to cut down the forest. When you make a mistake, you can cross about 10 meters of the boundary, but crossing 100 meters into [someone’s] property – that’s no mistake. So, they’re making excuses,” said Pera Stanimirović.

Stanimirović called the police on the spot to put together a report, which the police later delivered to the Basic Public Prosecutor’s Office in Bor. However, we did not learn from the prosecutor’s office what exactly they are doing in this case because the assigned prosecutor is on sick leave.

When he addressed Zijin on account of the logging, Stanimirović was in for another unpleasant surprise. He said that at a meeting with company representatives he had found out that 5.5 hectares of forest (the size of about eight soccer stadiums) and fields were no longer his, but the property of the Chinese company. Stanimirović’s property had been seized without his knowing about it.

The Real Estate Cadaster Service in Bor confirmed to Stanimirović that the land had a new owner. The plots had been registered as property of the mining complex back since November 2018, just before the sale of RTB Bor to the Chinese investor.

The cadaster had sent an official decision to the address in the village where Stanimirović is not registered and where he does not live. The decision was then posted on a bulletin board, whereby according to regulations the document was formally delivered. By the time he realized what was going on, the deadline for an appeal had long passed.

“I have been in Bor for 15 years and they sent me a summons to [the address] in Krivelj. (…) It’s a disaster. So, they take your property, you have no right to appeal, they did that on purpose so I wouldn’t appeal.”

He pressed criminal charges against the Real Estate Cadaster Service for not having attempted to deliver the decision on change of ownership at his actual place of residence.

To date, he has not managed to get compensation for the seized land because he is engaged in a court proceeding with Zijin.

“You lose your sanity and peace of mind, you take sedatives when someone usurps 5.5 hectares of your property without a penny [as compensation],” Stanimirović complained to the CINS journalist.

Even though in court practice so far the price set by the Tax Administration on behalf of the authorities is taken as relevant, Zijin refutes it and requests that the value of land be determined by expert witnesses. The Basic Court in Bor rejected the company’s request and ruled in Stanimirović’s favor, and ordered the company to pay more than 28.7 million dinars for the land and 5.8 million for the trees and plants.

However, after an appeal filed by Zijin, the Higher Court in Zaječar annulled the part of the decision referring to the price of the land, stating that the real value was unknown without evaluation by expert witnesses. In October 2021, the court sent the case back to the court in Bor for a retrial.

CINS wrote earlier that sending a case back for a retrial is among the biggest problems where expropriation is concerned, because it stalls trials and consequently the payment of compensation for land.

Expropriation for Cerovo 2 was a topic even before the arrival of the Chinese investor. The Cadaster in Bor transferred ownership of Stanimirović’s land because the Bor municipal administration in 2016 decided to allow RTB Bor to forcefully seize the forest and the field. According to the municipal spatial plan adopted in 2014, the Cerovo 2 surface mine was planned on Stanimirović’s land.

RTB Bor, however, should not have entered the property before making an agreement with Stanimirović on compensating him for the land covered by the expropriation. Zijin should not have done that either, before the Ministry of Finance green-lighted it. The company had requested entry because of works on the transmission network in this part of Serbia, which the Ministry allowed in April 2019.

Since no compensation has been agreed on yet, Stanimirović claims that the Ministry’s decision is illegal, while a proceeding is under way on his appeal before the Administrative Court.

“In this way, the user is directly aided to bypass the expropriation procedure,” reads the claim signed by Predrag Savić, a lawyer with years of experience in expropriation cases. 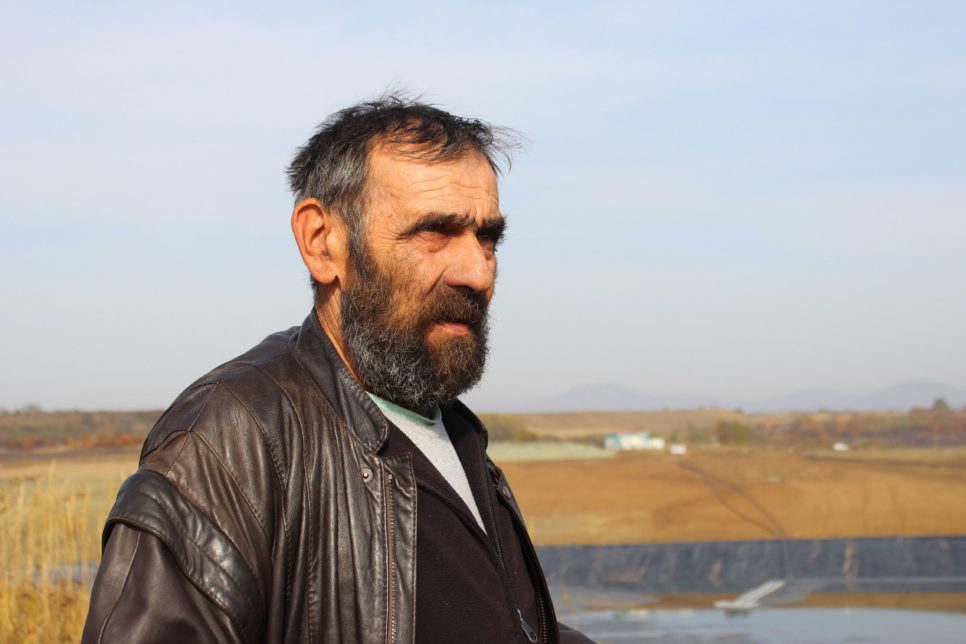 Expropriation for Čukaru Peki: How Zijin Is Trying to Pay Less for Land 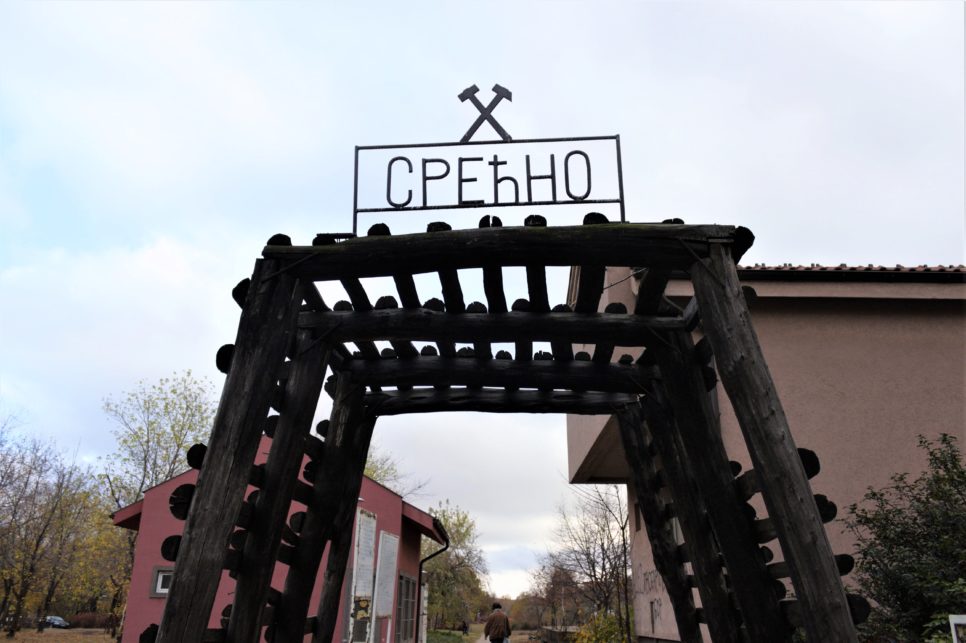 Chinese investor in Court for Pollution in Bor