A part of Lake Palić next to the water treatment plant; photo: CINS
In spite of numerous investments in the treatment of wastewater that flows from Subotica into Lake Palić, the water is not suitable for swimming and life in the lake is endangered.

Lake Palić is located on the outskirts of the city of Subotica. Every year, some 30,000 tourists visit this lake, and can only admire the landscape because due to poor water quality swimming in the lake is not recommended.

The water coming in from Subotica has to go through a wastewater treatment plant so that clean water can flow into the lake. However, even though it is treated, the water that flows into Lake Palić is low-quality. Last year alone, 13 billion liters of wastewater ended up in the lake.

It is not only tourists who suffer because of this. The water from Lake Palić subsequently flows into Lake Ludaš, a special nature reserve of international importance due to the protected bird species that inhabit it. As a wet area, Lake Ludaš plays an important role in mitigating climate change because it affects the levels of greenhouse gases, such as methane and carbon dioxide.

Wastewater treatment is done in several stages – one of the first being the passage of water through a sand trap, which removes sand, i.e. mineral matter coming in from the city, the dirt from the streets that goes from the sewerage into the lake. Furthermore, another purpose of the sand trap is to eliminate oil and grease.

Research conducted by the Center for Investigative Journalism of Serbia (CINS) shows that the wastewater problem has not been solved even though more than two billion dinars – mostly Serbian citizens’ money – has been invested in the treatment plant and the sand trap over the past 12 years.

Laslo Mesaroš, a member of the Subotica-based Citizens Association Solidarnost (Solidarity), says he does not know what the problem is with the wastewater treatment plant and that it should be explained to the citizens.

“That is the citizens’ money and if the citizens pay for something, they should know how much was spent and how. (…) Therefore, it should be more transparent, more open and with the citizens’ cooperation.”

Jožef Božo, a biotechnology professor at the Technical College of Applied Studies in Zrenjanin, told CINS that treated, clear water full of oxygen was important for the survival of life in the lake.

He added that the water constantly had to be treated:

“If after two or three months of outflow of clean water, untreated wastewater is released into the lake once – the whole thing falls through, as if nothing had been done before then.”

The problem with water pollution was detected several decades ago and has led to environmental disasters in the meantime, when massive rainfall and wastewater and the resulting oxygen deficit caused mass fish deaths in Lake Palić.

The City of Subotica tried to solve the problem by increasing the capacity of the wastewater treatment plant with a sand trap that was built back in 1975.

Thus, the more up-to-date wastewater treatment plant was inaugurated in 2012, and on the occasion Mayor Saša Vučinić said that it was a big day for Subotica, which had joined a small group of Serbian cities which treated wastewater.

However, some problems were not solved then either. For example, the coarse screens used for the physical removal of waste from incoming wastewater were not reconstructed.

In 2017, the Government of Germany, through a donation from KfW Development Bank, provided 6.5 million euros (around 764 million dinars at the exchange rate for that year) for improving the quality of water in Lake Palić and Lake Ludaš.

The plan is to enhance the wastewater treatment device and build protective belts around these lakes by the end of 2021. According to the project website, so far the construction of a wastewater pumping station and sewerage has been completed, and bike and pedestrian paths have been made on the bank.

Another problem concerning the sand trap is the flow, CINS learned from Čaba Šanta, executive director of the investment and development department at PUC Waterworks and Sewerage Subotica. It can function properly only at full capacity, i.e. when rain creates a large quantity of water.

“The problem for me was that the sand trap operated with a much better effect at flows that were smaller than they should have been. (…) The problem with that sand trap is exactly that it did not function properly. It also has a much better separation effect than it should,” Šanta explained.

Because of two accidents with the sand trap in 2017, the City had to earmark additional funds.

In addition to the existing one, the city administration decided to install another sand trap – for small water flows – mainly during the summer, when there is not a drop of rain for two or three weeks and there is no water in the sewers.

The sum set aside for its construction was 62.7 million dinars without VAT, of which the City of Subotica provided 50 million, while the rest was provided by PUC Waterworks and Sewerage from its own funds. The job was given to the Graditelj NS company in September 2018, and the sand trap was completed the following year.

However, the sand trap experienced the first problems during a trial run.

After the just finished facility was launched for a trial run, in early 2020, problems were documented in the construction log kept by Graditelj NS on the construction site. Excessive material precipitation was noted, but also that the grease had stayed stuck to the sand, i.e. that there had been insufficient grease separation.

Waterworks’ Šanta says that a trial run is to reveal all the problems and deficiencies he is then supposed to deal with, and that some have already been solved.

However, the trial run also showed that transportation of separated and washed sand was practically impossible in the designed and executed way. Šanta explains that the problem is that once the container is filled with a cubic meter of sand, it gets so heavy that four men cannot push it out, and the Waterworks does not have a vehicle that could lift it.

Who is behind Graditelj NS

The general manager of Graditelj NS is Ljupko Kalaba, who was together with another person arrested in May 2019 on suspicion of abuse of office. Police stated at the time that they suspected a portion of the property of construction company Budućnost had been transferred to Graditelj NS at a price lower than the actual value. That allegedly damaged the company’s shareholders.

According to the information CINS received from the Higher Public Prosecutor’s Office in Novi Sad, the investigation of claims against Kalaba is under way.

Until July this year, Kalaba faced criminal charges in one more case. In 2014, he was prosecuted on suspicion that he had concluded three contracts worth more than 7.5 million dinars in total, for the construction of a chapel at the Orthodox Christian cemetery in Pećinci, without prior appropriate public procurement. The charges were dismissed due to the expiration of the statute of limitations.

The construction log concluded that additional equipment in the form of a conveyor belt and a special container with rollers and a hook for loading the container onto a truck was necessary.

When asked why that was not planned in the design of the sand trap, Šanta replies:

“Ultimately, we had limited funds and ultimately maybe nobody even thought about that. Starting with the designer, through the contractor, to us, all who were (involved). Those are things you see only later.”

The Waterworks lacks the resources for the additional equipment, the cost of which it estimates at several tens of thousands of euros, but claims that it “does not affect the functionality of the current facility, it is just difficult for people to work.”

Nenad Milovanović, an engineer at Graditelj NS, the designer and contractor, told CINS that no one had addressed the company with any additional demands.

“We did not receive information that something was not working, that it had not been executed properly. So, the works were executed according to those construction documents, it was accepted, the equipment is under warranty and is working.”

If the sand trap does not function properly, that will affect all the stages of treatment, says Božo Dalmacija, a professor at Novi Sad’s Faculty of Sciences and a water treatment expert.

“If the grease and oil from that sand trap (it is simultaneously a sand trap and a grease catcher) pass, then it will take an additional quantity of oxygen to break down that grease. At the same time, grease floats to the surface and is difficult to break down, and the sand then falls down and blocks the nozzles at the bottom. And that is a problem then, it changes the hydraulics of oxygen dissolution and that is a problem. So, the sand trap needs to function properly.”

Šanta knows that the lake can be purified, but asks where the line is:

“How much is making Lake Palić as clean as possible worth to us? Where is the line? Because we can even make drinking water out of that, but that requires reverse osmosis which is very expensive. The technical equipment is there, it’s just a question of whether it’s worth it.” 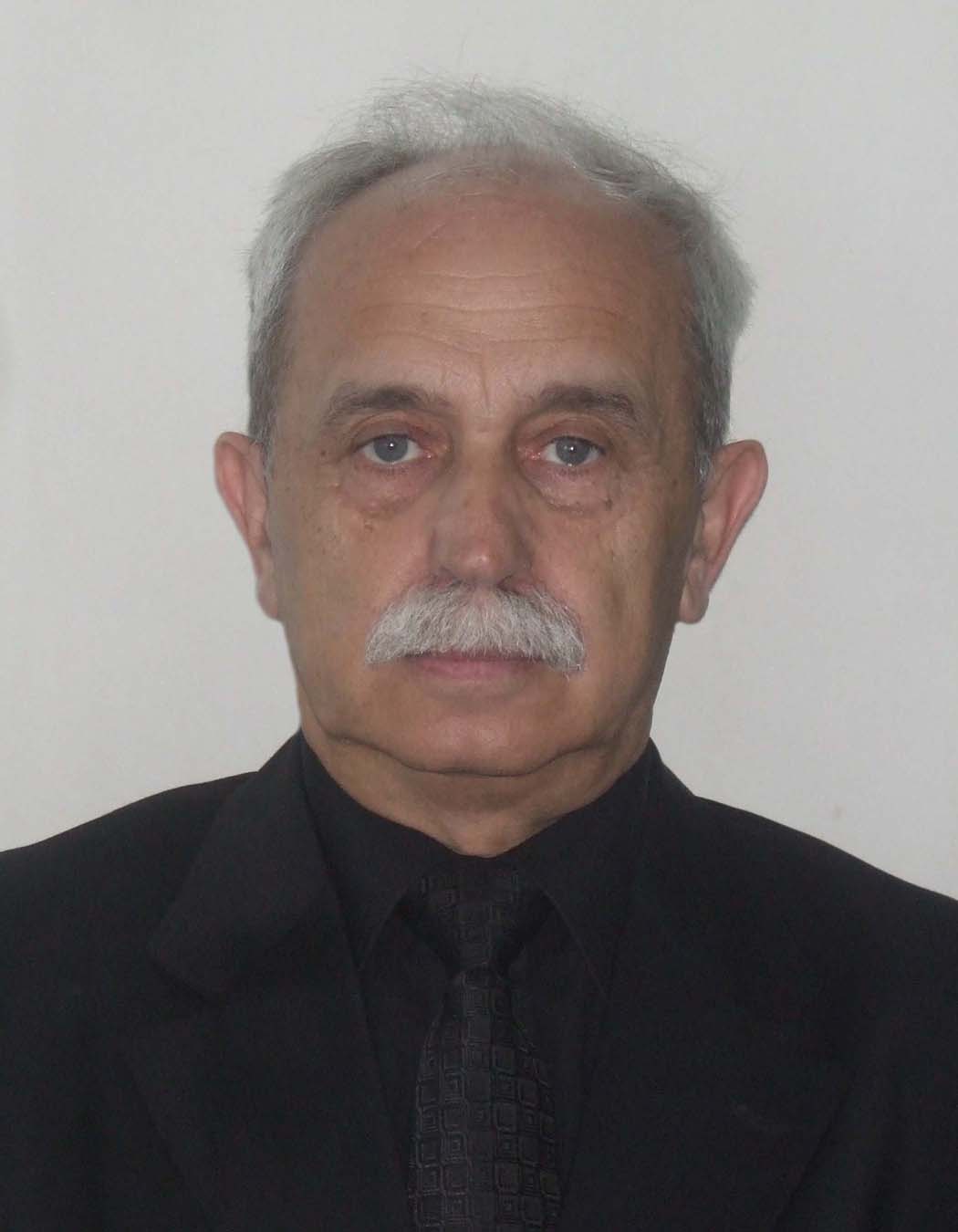 Dalmacija confirms that purifying water by reverse osmosis is expensive and does not pay off, but lists many other solutions. Aside from a functional wastewater treatment plant, the balance will also be helped by a lagoon with trees that can absorb a bigger amount of nitrogen and phosphorus and reduce the growth of algae harmful to the fish, as well as annual lake muck removal, disinfection, etc.

He adds that Lake Palić should be restored to its original state for the sake of both tradition and tourism.

“We need Palić to be clean, especially since we do not have such lakes. It cannot be only a recipient of Subotica’s wastewater.”

The Subotica city administration, which had invested money in the sand trap, did not answer CINS’ questions by the time this article was published.

Virag Đurković
Virag Đurković has been a journalist since 2009. She published her first investigative articles in the Hungarian language in Serbia, Hungary and Romania. In 2020, she cooperated with the Crime and Corruption Reporting Network (KRIK) as part of the Database of Politicians' Assets project. She attended CINS' Investigative Journalism School in 2021.
Send idea
Read all